Gayane Khachaturian was a Georgian-Armenian painter and graphic artist who studied art at the Nikoladze Art School. She became seriously involved in the art scene after graduating from the Secondary School of Working Youth in 1960. She met Sergei Parajanov in 1967 at Elene Akhvlediani’s house and they maintained a close friendship which lasted until his death. Some of Khachaturian’s works are permanently exhibited at the Yerevan Museum of Modern Art, the National Gallery of Armenia, Sergei Parajanov Museum in Yerevan as well as are in a number of private collections, including those owned by Valerie Khanukaev, Bagrat Nikogosyan, and Artashes Aleksanyan. When she was alive, her tiny studio on Bakinskaya Street had become a tourist attraction. Khachaturian died on May 1, 2009 and is buried in the Armenian Pantheon of Tbilisi (Khojivank). 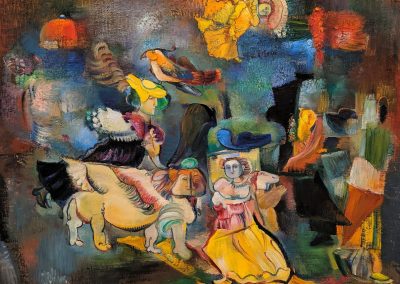 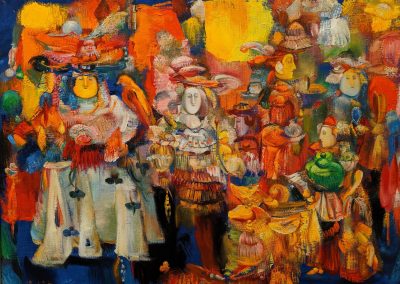 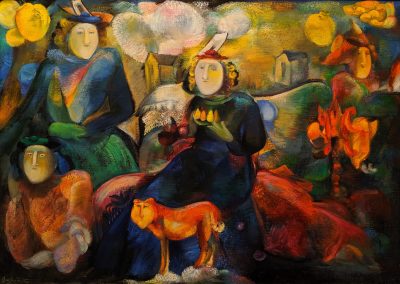 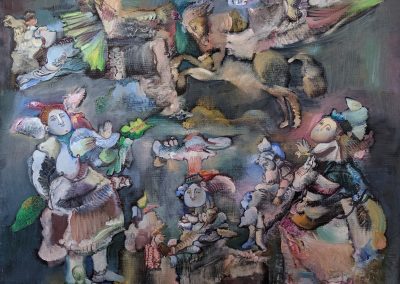