Carzou was born Karnik Zouloumian (Գառնիկ Զուլումեան) in Aleppo, Syria to an Armenian family. Carzou later created his name from the first syllables of his name and surname, and added a Parisian nickname, “Jean”. He was educated in Cairo, Egypt before moving to Paris in 1924 to study architecture.

He started working as a theater decorator but quickly realized he preferred drawing and painting. In 1938, more than a hundred exhibitions of his works were organized in Paris, in the French provinces and abroad. In 1949, he received the coveted Hallmark prize. A Carzou museum exists in the town of Dinard (Brittany). 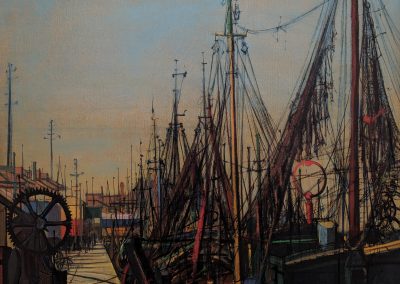