Jean Jansem (born Hovhannes Semerdjian in 1920 in Bursa, Turkey) was a French-Armenian painter. He was widely known for his representational paintings of nude women, still lifes, and figures. Jansem painted with a variety of media that included gouache, watercolor, ink, and oil in a stylized and textural aesthetic and was widely known for his . Jansem fled his home country and Greece in his early childhood, eventually settling in Paris, where he began to paint. Jansem’s artwork received critical attention throughout his career, garnering honors like induction into the Ordre des Arts et des Lettres in 1953, knighthood by the French Legion of Honour in 2003, and reception of a Medal of Honor from the President of Armenia in 2010. He passed away in Paris, France in 2013. 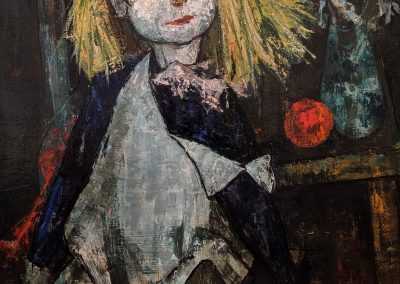